My career comes with the requirement for global travel and many hours in both the practice room and tournament arena which causes stress both mentally and physically. 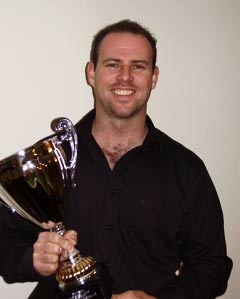 About a year ago I started to notice a repetitive aching throughout my shoulder and elbow; I initially shrugged it off. As time progressed it started to become more apparent and subsequently started to interfere with my training regime both in the gym and on the practice table. Eventually I decided that the pain had reached a stage that it wasn’t going to correct itself and so I contacted Ricky for his expert opinion.

Following an examination Ricky fully explained what the likely cause for the pain was and that he believed with the correct treatment it could be resolved. Well needless to say that after just 3 or 4 treatments the pain has already all but disappeared which has made for an immediate return in form in my tournament play.

I cannot recommend Ricky’s treatments enough; it has certainly rectified my injury and allowed me to return to top level competition and in such a short space of time.